How We Serve You, Our Community 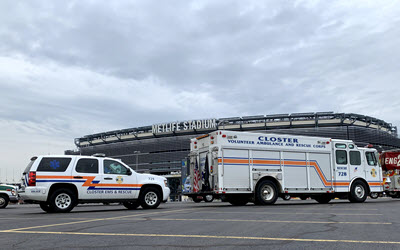 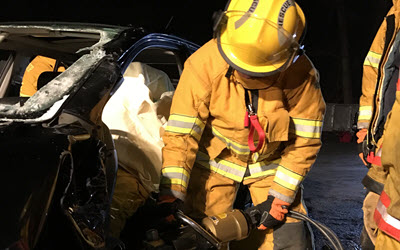 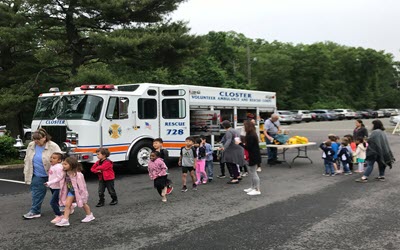 We visit schools and attend community events to display our equipment and provide basic safety tips. We also certify community members in CPR and First Aid.

We service Closter, Alpine, and the Palisades Interstate Park and Parkway from Englewood Cliffs to the New York state line. We are members of a mutual aid system with the neighboring towns of Demarest, Harrington Park, Norwood, and Northvale. 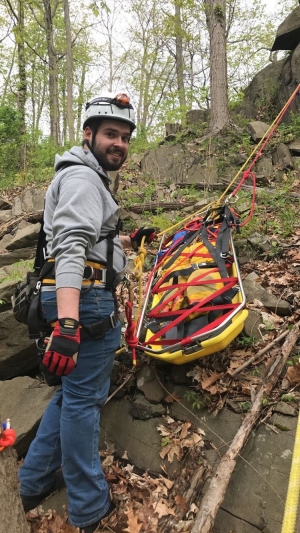 We depend on the time and effort donated by our members.

Being a 100% volunteer organization, we depend on the time and effort donated by our members to not only staff the apparatus during the time of emergency, but to perform all the other tasks involved in the successful operation of the Corps.

Our volunteers are very well trained and dedicated to helping the community, but we could always use more help.

We provide all the necessary training free of charge.

For Applicants under 18 years of age

For applicants over 18 years of age

The Corps also serves in a mutual aid system with the neighboring towns of Demarest, Harrington Park, Norwood, and Northvale.

The Closter Volunteer Ambulance and Rescue Corps, Inc. is the only department in Bergen County, and one of the few in the entire state of New Jersey that provides both ambulance service and heavy rescue.

The men and women of the Closter Volunteer Ambulance and Recuse Corps give their time, effort and talent to bring emergency medical and heavy rescue services to those who need it.

In the year 1935 the seeds were planted out of which grew our Closter Volunteer Ambulance and Rescue Corps, Inc. That year a few occurrences demonstrated the urgent and the positive need for a trained first aid organization.

Dr. Cleland Cochrane, who was in those years one of our leading doctors, became the spark plug which activated the willing young men of the Knickerbocker Hook and Ladder Company to form such an organization as a branch of the Fire Department. His knowledge, energy and enthusiasm gave the movement meaning and direction. The charter members were instructed by both book and practice drills. Upon passing their examinations, the men were ready and the Corps came into official being in January 1936.

Concurrent with these activities, plans were made for a suitable vehicle and first aid equipment to take care of the injured and sick. To place the struggle with these items required in proper prospective, one must remember that we were then in a deep and prolonged recession. Money was tight and hard to come by. But undaunted, the team worked hard relentlessly toward the goal and with many hours of labor together with the monetary contributions, a Rescue Truck was built and equipped. On March 20, 1936, the Corps answered its first call.

The Corps and its capabilities soon were known throughout our section of the Northern Valley. Calls for help were answered in every neighboring Borough. The Samaritan work went on year after year. There were years when it was finances were rough. By 1942, the calls had become so numerous and diverse that the old rig was no longer adequate. With the help of many, enough money was secured to purchase the first "real" ambulance. Though it was a reconditioned unit, it became the pampered vehicle of the outfit. It served through the war years until December 1947, when it was replaced by a spanking new ambulance. Many remember with pride and satisfaction, the grand official dedication which placed this rig into service on December 28, 1947. The old original rig was now used for heavier rescue and standby service. 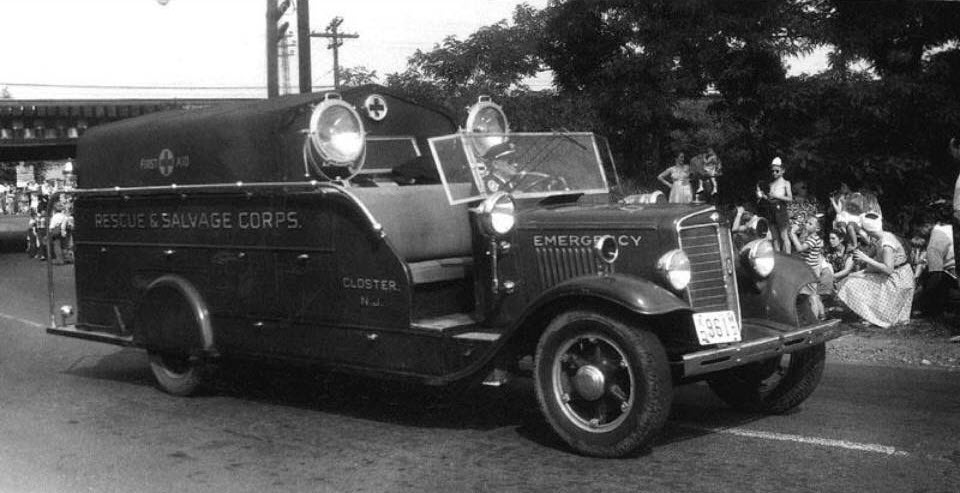 The history would be incomplete if it failed to mention the planning and construction of the old Rescue Truck. This extraordinary vehicle came into being over a period of two years. That was the time to finance, plan and construct it. Its cost ran high and the Corps will always be conscious of the great financial help it received from local organizations and from the people generally. Dedication took place on July 19, 1959. The Rescue Truck with its advanced design and equipment became a model throughout the State for other First Aid Squads.

As time progressed the Corps found its first home on Lewis Street in 1954 to be inadequate for the new training requirements and the volume of calls. In response to this need in the early 1970's, plans were begun for our present home at 72 Ruckman Road. With the financial help of the many residents of Closter and Alpine and the dedicated work of many of our members, construction was soon underway and in September of 1972, our new headquarters was dedicated to the memory of our Charter Members and the residents of Closter and Alpine.

During the year 1975, our yearly calls climbed to over the 500 mark for the first time in the history of the Corps. And so it was that during this year the Corps purchased a second ambulance to handle the ever-increasing number of requests for assistance. After twenty-one years of service, the 1959 Rescue Truck was retired. A new truck was purchased and dedicated on April 27, 1980.

So the Corps has worked and grown. The seeds sown in 1936 have brought good fruit. What has been created here by voluntary effort has proved itself to be a permanent and solid contribution for the good and welfare of our citizens and their families. The entire squad is pledged to carry on in the fine tradition upon which this organization was founded in the year 1936. 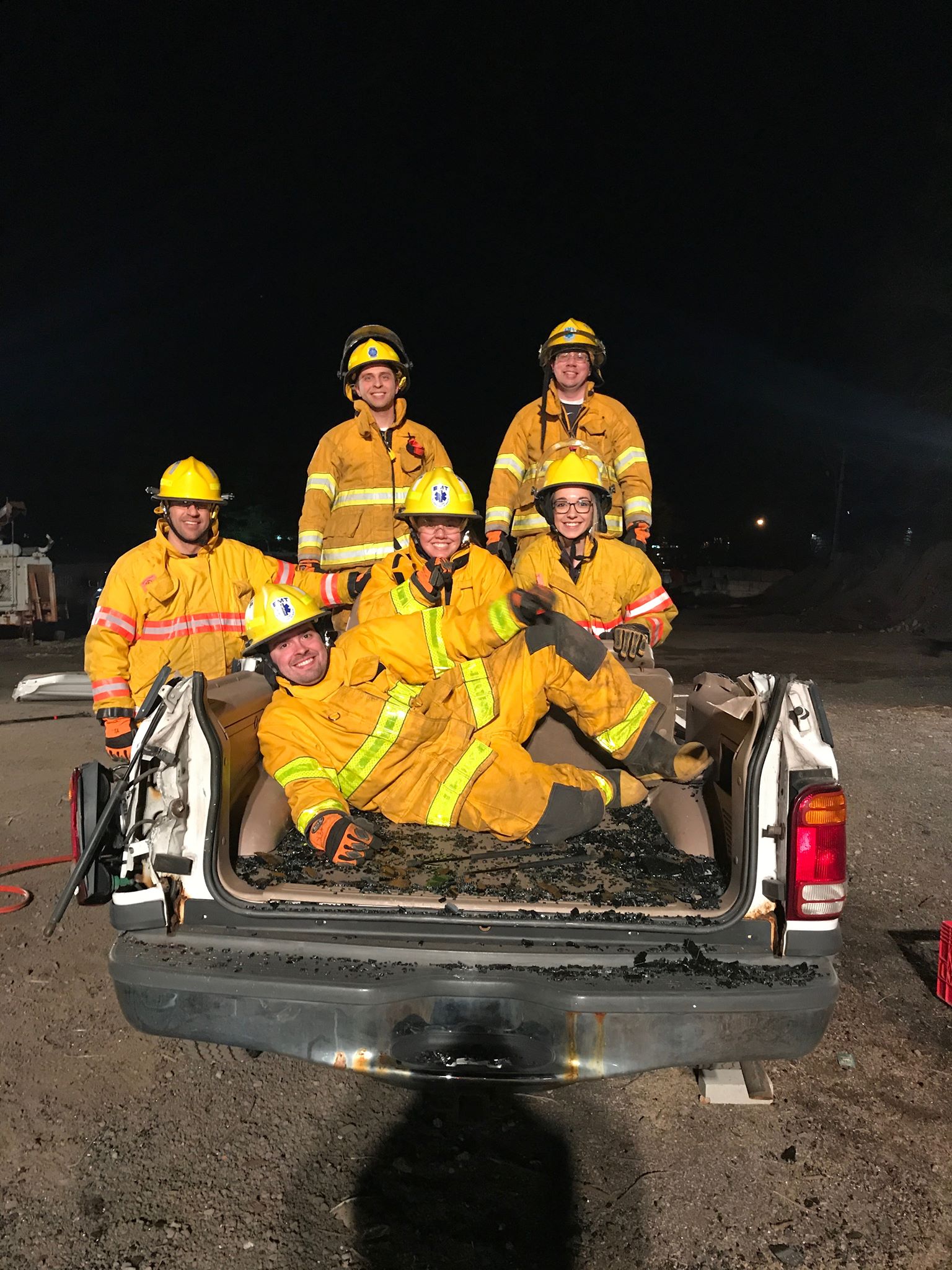